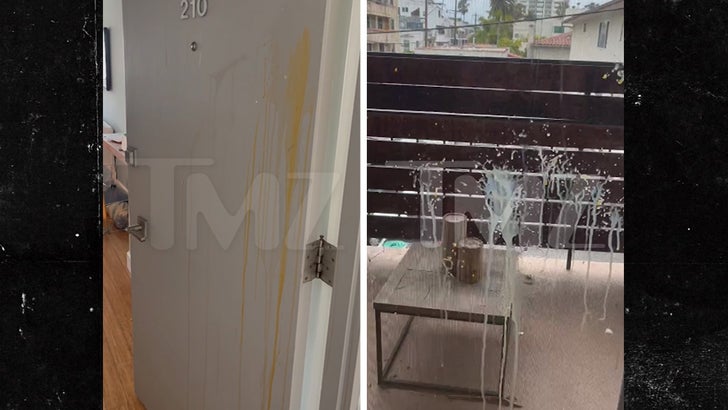 Angie Everhart‘s getting accusations hurled at her, claims she trashed a neighbor’s apartment with eggs following an argument over a dog’s late night barking … a claim the actress’ rep calls ridiculous.

Angie’s neighbor, Christina Savar, tells TMZ … Angie was yelling at Christina’s kids earlier this month about their dog being too loud, and waking her up.

Christina says she confronted Angie about it in the hallway, and it turned into an argument. She claims Angie was recording her, and claiming Christina was threatening her.

The neighbor claims later that night someone rang their doorbell around 1 AM, but she didn’t go to answer. The next morning, Christina claims she found her front door and balcony covered in egg yolk and shells.

Believing it to be Angie, Christina called cops to the scene. 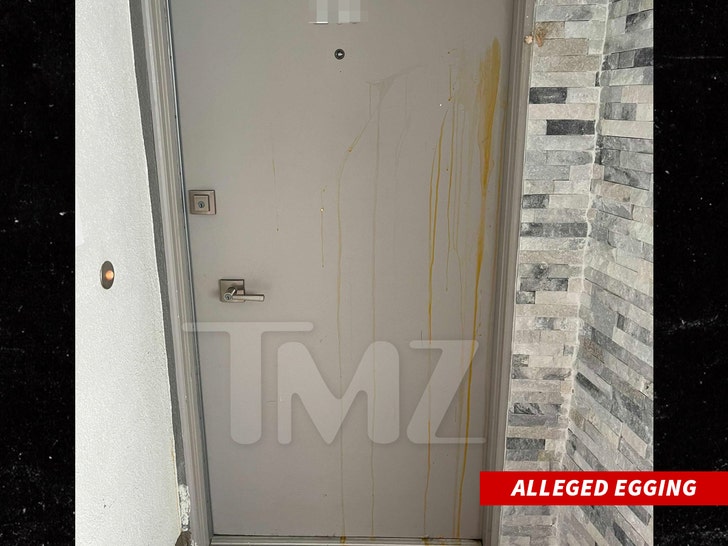 Law enforcement tells TMZ they spoke to both parties about the incident, but no arrests were made and no report was taken. Cops say there have been no more calls made about either person since then.

Christina tells us she’s planning on moving out because her family no longer feels safe.

Angie’s rep tells TMZ … “Obviously she had nothing to do with this, which is why police didn’t even file a report. Angie would never do anything to set a bad example for her son. This woman was served an eviction notice today by the building, because she has had problems consistently with many of the neighbors.”

The rep claims those problems include multiple complaints about her dog barking.