Dakota Johnson Called Out by PETA After Gucci Handbag Campaign 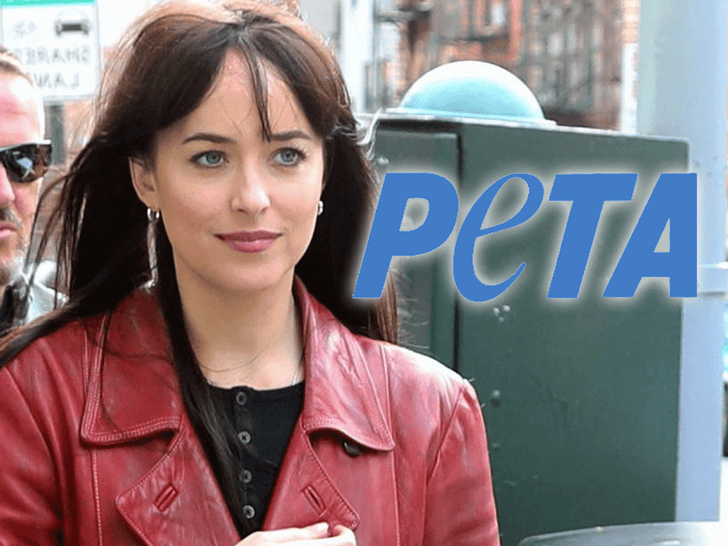 Dakota Johnson has a new ad campaign with Gucci — where she’s rocking a ton of their gear, including animal skin handbags — and PETA isn’t happy about it … not at all.

The actress just came out as an official ambassador for the luxury fashion brand, and appeared in a new commercial where she’s showing off a ton of their products — and, of course, there’s photoshoots galore where DJ is in all Gucci. So, she’s all in.

The problem, according to PETA, is that a couple of these Gucci handbags Dakota’s advertising here are made with authentic reptile skins … specifically, python and crocodile. Gucci isn’t hiding it either, as its website touts the fact the hides are the real deal.

That doesn’t sit right with the animal rights org — and it let Dakota know all about it in an informative, yet somewhat scathing, letter to her team. 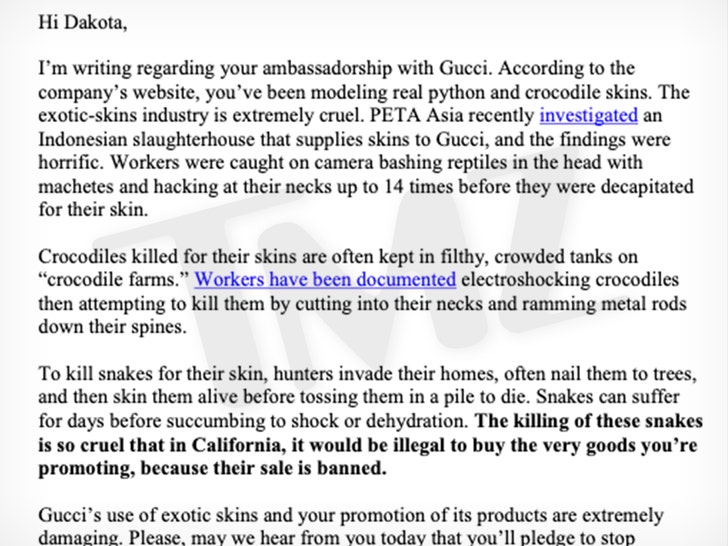 In the correspondence, obtained by TMZ, PETA takes issue with Gucci’s python and crocodile handbags — ranging from $3,100 to $31k — being so unabashedly flaunted by Dakota … which they say is odd, since she’s outspoken on a lot of social issues.

They’re right, her IG is full of advocacy posts for everything from BLM to women’s rights and a lot more.

So, PETA’s asking if she cares about the animals that were slaughtered for the bags — and reminds her poachers and hunters go to extreme lengths to obtain the skins … including torturing and ripping them to pieces while still alive.

PETA also mentions this tidbit … “The killing of these snakes is so cruel that in California, it would be illegal to buy the very goods you’re promoting, because their sale is banned.”

Gucci even acknowledges that fact on its web pages for a couple of these handbags.

Bottom line … PETA is asking Dakota to strongly reconsider her association with Gucci and to denounce its use of exotic animal skins, especially with vegan alternatives available.

We tried looking to see if Dakota has spoken out on animal rights issues, specifically, and it sounds like she considers it a righteous cause — seeing how her famous grandmother, Tippi Hedren, was a huge advocate of animal protection … and DJ has spoken fondly of her work.

We’ve reached out to Dakota’s reps for comment … so far, no word back.