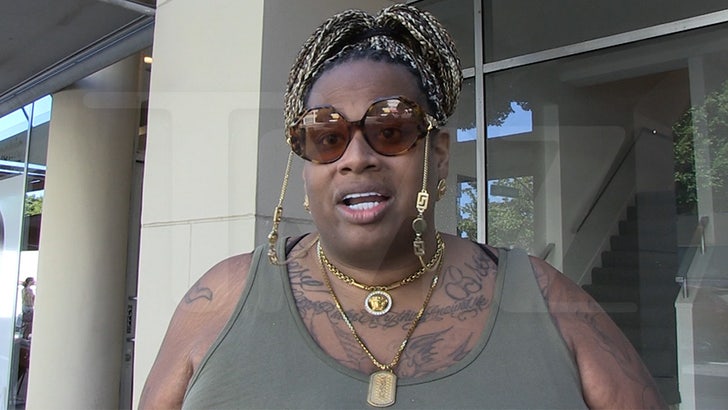 Dave Chappelle getting an Emmy nomination for a stand-up special some call transphobic is emboldening the transgender community — but not so much in the way you might think.

We spoke to Ashlee Marie Preston in L.A. to get her reaction to the comedian getting a Primetime Emmy nod for Netflix’s “The Closer” — which, as you know, was the subject of much controversy last year … and even spurred Netflix employee walkouts in protest.

Preston — who isn’t a Netflix employee, but still helped organize the walkout — tells us she and other members of the transgender and queer community have an action plan … the details of which she’s purposely keeping under wraps, but promises we’ll see soon as a response.

Give the clip a watch … it sounds like Ashlee and Co. are about to roll out a campaign or an announcement of sorts that advocates for LGBT-friendly content — something she says the industry needs more of to help combat the POVs Dave expressed in “Closer,” which she considers harmful.

Preston also tells us that instead of focusing on Chappelle … she encourages anyone who supports their cause to turn their attention to Emmy nominees who help tell their story — folks like Bowen Yang and others, who are also up for awards this year.

It’s also interesting to hear Preston’s approach this time around — rather than being triggered and reacting in haste, she and her colleagues appear to be going about the response much more strategically.

Dave, meanwhile, hasn’t said anything about the nom — he’s already on to his next special, which he’s currently promoting.