Vin Scully — the longtime voice of the Dodgers and legendary MLB broadcaster — has sadly died at 94 years old.

The team just confirmed the awful news in a statement on Tuesday night, saying he passed away at his home in Hidden Hills. No cause of death was revealed.

“We have lost an icon,” Dodgers president and CEO Stan Kasten said. “The Dodgers’ Vin Scully was one of the greatest voices in all of sports. He was a giant of a man, not only as a broadcaster, but as a humanitarian.”

Kasten continued, “He loved people. He loved life. He was loved baseball and the Dodgers. And he loved his family.”

“His voice will always be heard and etched in all of our minds forever.” 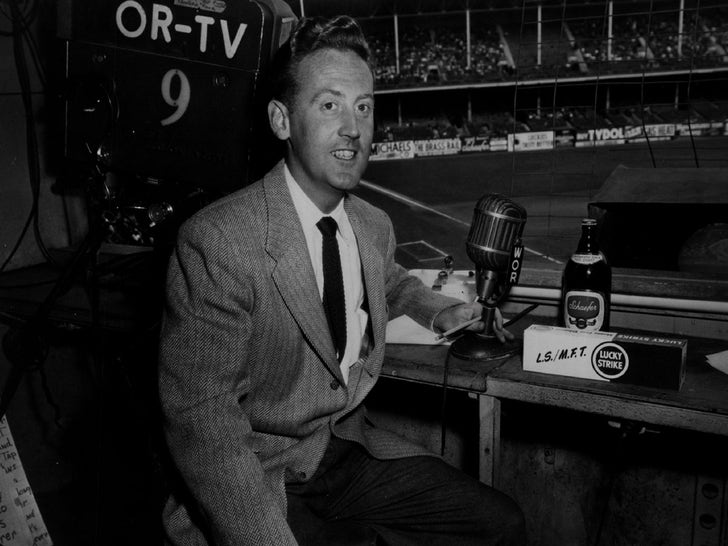 Scully initially began calling games for the Dodgers back in 1950, when the team was still located in Brooklyn. He continued to provide play-by-play for the Dodgers following their move to L.A. in 1957, calling nearly every one of the biggest moments in the franchise’s history up until his retirement in 2016.

Scully also broadcasted national baseball, golf and football events — including the 1982 Dallas vs. San Francisco NFC Championship Game. In that contest, Scully had one of his most memorable moments in the football both, calling Dwight Clark’s “The Catch” touchdown.

Scully — who was inducted into the National Baseball Hall of Fame’s broadcaster wing in 1982 — ultimately broadcasted games for nearly seven decades, before he called his final contest in San Francisco on Oct. 2, 2016. 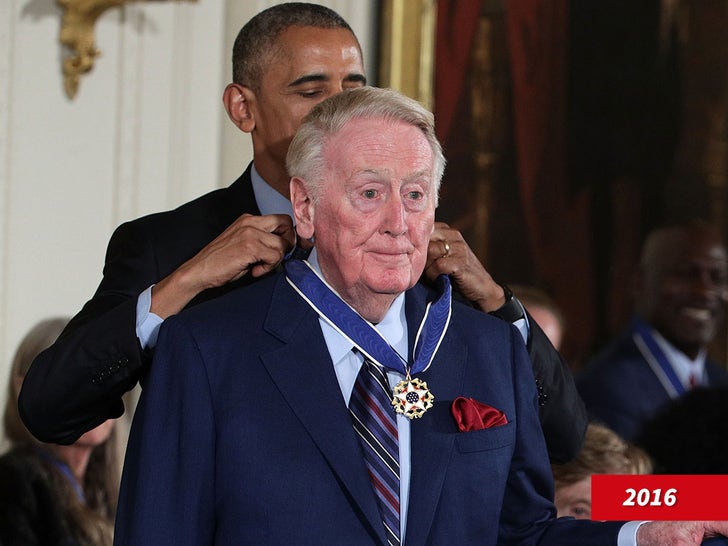 “Our thoughts and prayers go out to his family during this very difficult time,” Kasten said. “Vin will be truly missed.”

LeBron James just commented on the Vin’s death, saying, “Rest in Power. A City of Angels icon. Another great one who made sports so damn special.” 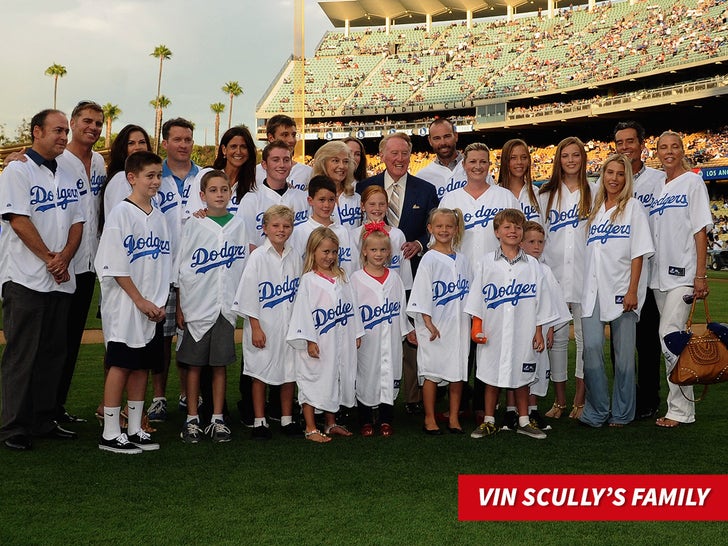