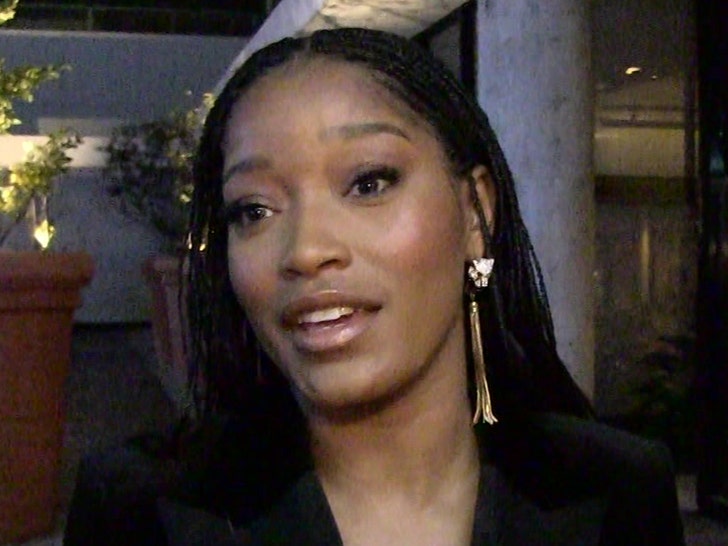 Keke Palmer says she politely declined to take a photo with an overzealous fan — but even when the message was clear … still had her personal space violated.

The actress shared a disturbing story on Saturday via social media. She described how a girl kept asking her for a photo… but she didn’t want to take no for an answer and instead hit record when she was denied.

If I went off on her I would’ve been wrong, so I just nervously laughed while my privacy was invaded upon.

To that KP writes: “No means no, even if it doesn’t concern sex. I was at the bar when a girl asked me three time for a photo. I explained three times to her that I didn’t want to take one with her. I was not going to let her film me. “

She says, “If she went off on me, I would’ve be wrong, so I nervously laughed while I was being invaded upon.” This is a sad truth for celebs. If you’re out in the public, anyone can take a picture of you… even if it feels intrusive, as this clearly did. 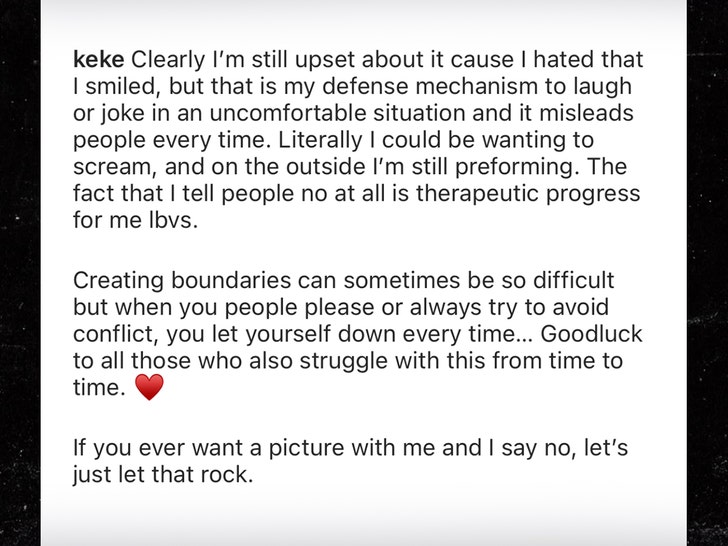 Keke addressed the issue on IG… “Clearly, I’m still upset because I hated that it made me smile, but that’s my defense mechanism to laugh in an uncomfortable situation and misleads people all the time. Literally, I could want to scream but on the outside I’m still performing. Therapy for me is the fact that I don’t tell people no. “

She continues to explain that boundaries can be difficult for people who are tolerant of people-pleasing and don’t want conflict to occur — which she says isn’t a good idea, but a real struggle.

Here is the interesting thing about this: Keke has dealt with this exact issue before, but in a more sinister setting — at least according to what she claimed.

You’ll recall … she accused Trey Songz of “sexual intimidation” after he allegedly coerced her to be in a music video of his against her will — to the point she claims she had to hide in a closet from him … something Trey later downplayed and seemingly denied on social media.

One thing doesn’t necessarily have to do with the other, but the fact KP’s once again speaking on consent is interesting — especially in light of Trey’s newest allegation.