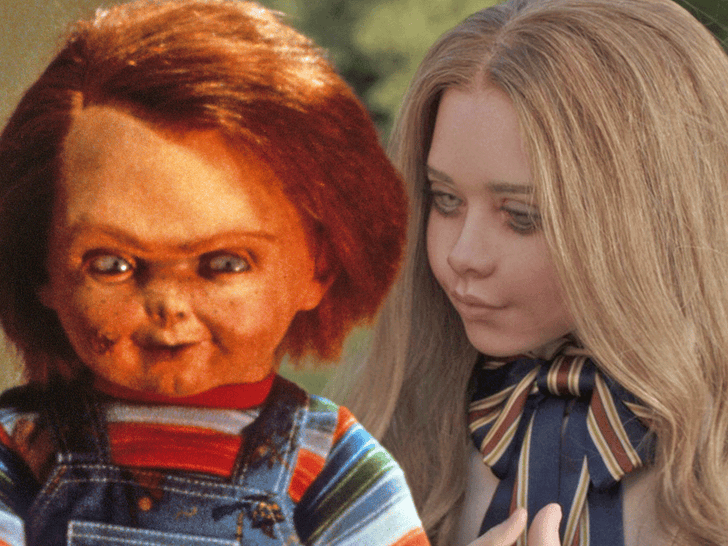 Chucky the killer doll is trending this weekend — and the reason is because there’s a new silicone-laced slasher in town that’s got everyone dying for her … that’d be ‘M3GAN.’

The new horror flick just hit theaters this weekend, and by all accounts … it’s a hit with the young crowd, especially Gen-Zers and TikTok users. Apparently, she’s all the rage online right now — there’s tons of memes and whatnot cropping about the movie, which is said to be laced with dark comedy, which is apparently starting to encroach on ‘Child’s Play’ territory.

When someone says #M3GAN is better then Chuckypic.twitter.com/cI9sEpcZup

You can hop into the trend yourself and see the comparisons that are (jokingly) being drawn up between the classic foul-mouthed Good Guy of the ’90s and M3GAN … who’s very much so an upgrade in terms of tech, tact and murdering capability in 2022.

If you’re unfamiliar, ‘M3GAN’ is about this toy maker who creates a robotic best friend for children … and tests it out on her niece, without realizing the doll starts to develop a mind of its own. Eventually, it wants control of raising the girl … and it goes on a murderous rampage to get it. Pretty familiar territory, but in this case — it’s shaping up to be a hit.

Box office estimates have ‘M3GAN’ aiming to rake up at least $27 million through the weekend, which is a solid opening to kick off the new year — especially against ‘Avatar 2,’ which is still cleaning up since its December release. So far, ‘M3GAN’ is at $11.7M.

Anyway, while ‘M3GAN’ might be the talk of the toy town right now — Chucky’s still got a special place in people’s hearts … and that’s in large part because of his SYFY/USA show, which has undoubtedly given him a new lease on life in the 21st century.

It’s pretty popular and maintains the spirit of the OG franchise. But with M3GAN out here, everyone’s one-time favorite killer doll might need to bust out a new trick or two and get even more with the times than he has on TV thus far.

Step it up, Chuck!