Ric Flair
Y’all Wanna Get High!?!
Use My Weed Blower! 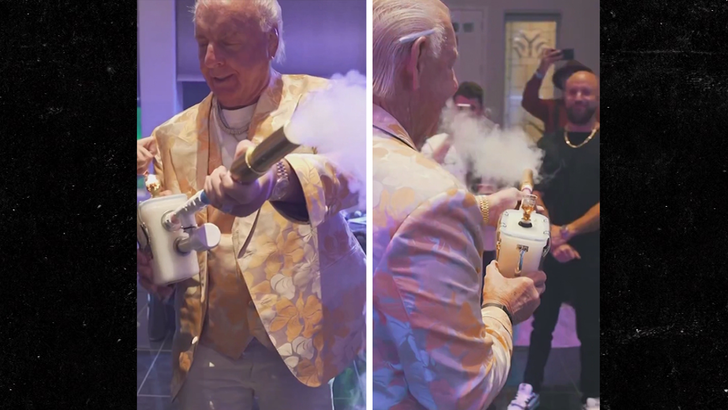 Ric Flair came up with a convenient way to get everyone high on his signature weed … by using his own ganja blower to get smoke in fans’ faces!!

The Nature Boy then used the weed blower (if that’s what it’s called) to blow potent smoke in the faces of those around him … and you can tell the 73-year-old was having the time of his life.

As you know, Ric joined his friend, Mike Tyson, in the cannabis business earlier this year, with the former heavyweight boxer collaborating with Naitch on his “Ric Flair Drip” line. 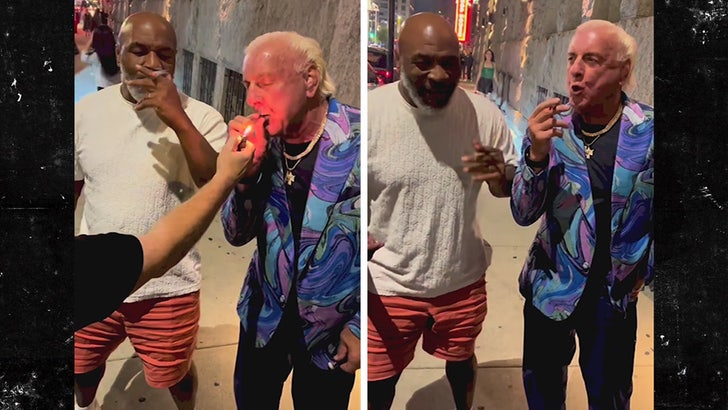 In September, the two icons linked up for an epic toking sesh … smoking blunts after attending a cannabis conference in Chicago.

Flair will be taking his brand to Sin City next… and it seems the Hall of Famer won’t be coming empty-handed.

You know the old saying, “What happens in Vegas?”