Serena Williams Loses In Third Round Of U.S. Open, Final Match Of Career

Serena Williams
Loses In Third Round Of U.S. Open
… Final Match Of Career 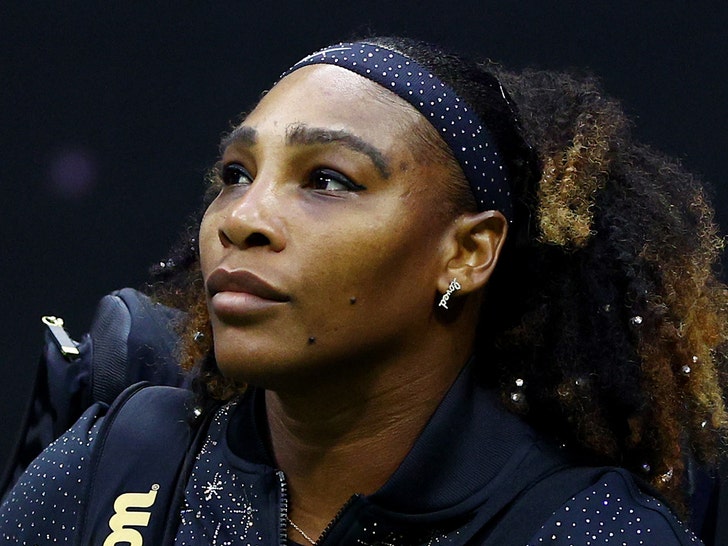 Serena Williams — the greatest woman to ever step foot on a tennis court — has played the last match of her career … after losing in the third round of the U.S. Open.

Friday’s matchup was an epic thriller … with her opponent, Ajla Tomljanović, taking the first set, 7-5, but Serena bouncing back in the second with a 7-6 (7-4) comeback.

Unfortunately for Williams, the magic ended there — she fell 6-1 to Tomljanović in the third.

Serena was emotional in her final post-match interview … tearing up as she thanked her parents for their leadership so early in her career.

The GOAT also thanked her fans … saying, “It’s been a fun ride. It’s been the most incredible ride and journey I’ve ever been on in my life.” Serena seemingly kept the door open on a return to the court … saying it’s possible she could compete again.

It was a monumental run for the 23 Grand Slam winner — with celebs like Tiger Woods, Russell Wilson and Ciara, Spike Lee, Zendaya, Mike Tyson and more showing up for support.

Williams has been the #1 ranked women’s player for a large part of her career.

Williams is one of the the most influential tennis player to ever live … and it was evident in the praise she received throughout her last dance.

Serena previously stated she was going to “evolve” from tennis following this year’s U.S. Open … and considering her success with her family and business ventures, it’s clear she’s not going to stop winning any time soon.