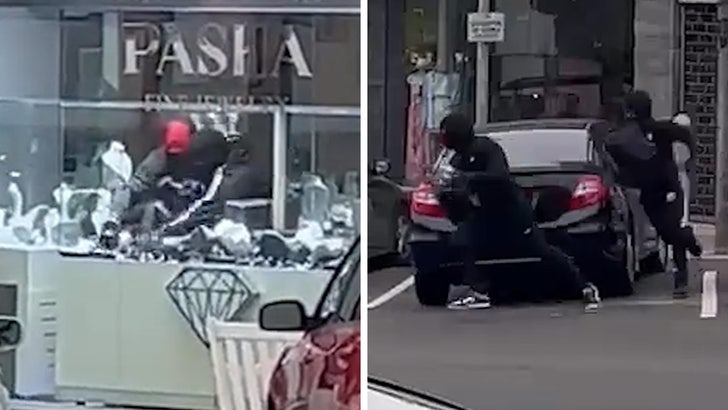 Here’s video of an armed robbery going down in broad daylight in an affluent Southern California beach town … with thieves pulling off a smash-and-grab in front of shocked bystanders.

As you can see, nearly a dozen people in ski masks are cleaning out a jewelry store … then they dash across the street and speed off in three different cars, which were waiting in an alley. 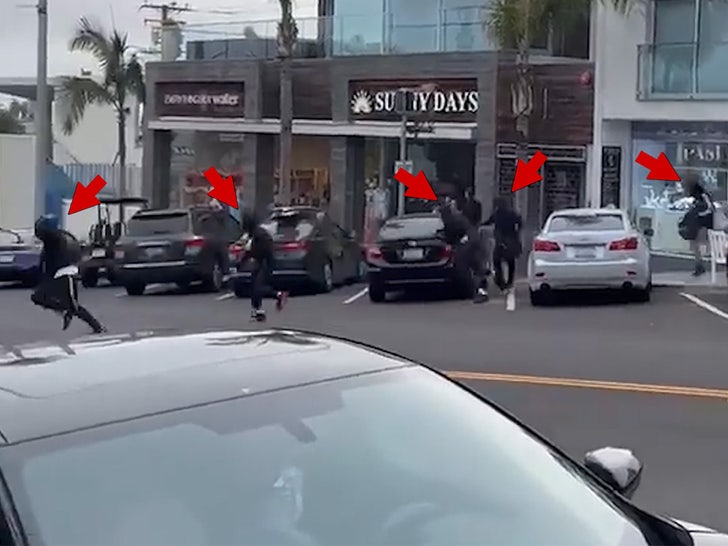 The brazen robbery went down Friday in downtown Manhattan Beach … with the target Pasha Fine Jewelry, located in the heart of the typically quiet beach community.

The Manhattan Beach Police Department says the suspects used hammers to smash display cases before stuffing merchandise in their bags … and cops say at least 3 suspects were armed with what appeared to be handguns, though no shots were fired. 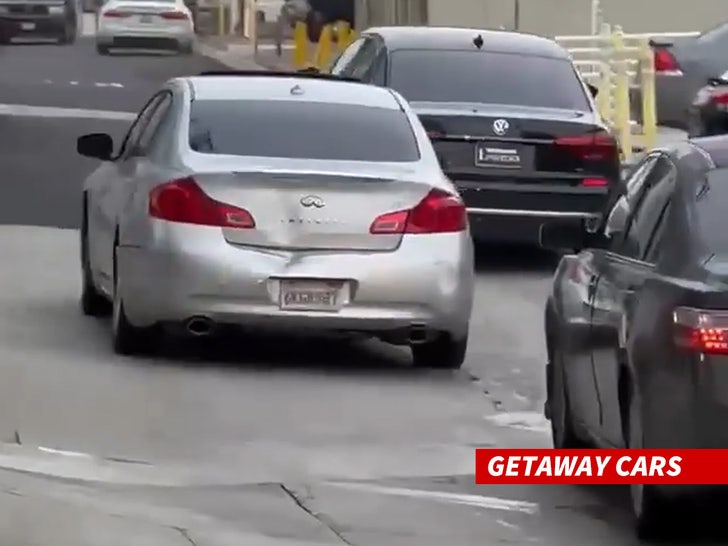 Manhattan Beach Mayor Steve Napolitano called it a crime against his entire community … and he says the police force is going to do everything possible to track down the suspects, prosecute them and throw them in jail. He also says the town will beef up security outside businesses and MB’s expensive neighborhoods. 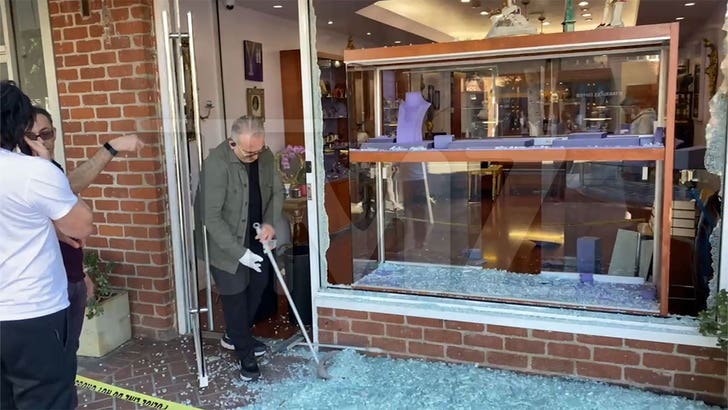 While these types of robberies appear to be becoming part of a trend in L.A., San Francisco and New York City, plus other large metropolitan areas across the country, it’s pretty rare to see it happen in a place like Manhattan Beach, which is known more for its famous residents and extravagance than crime.