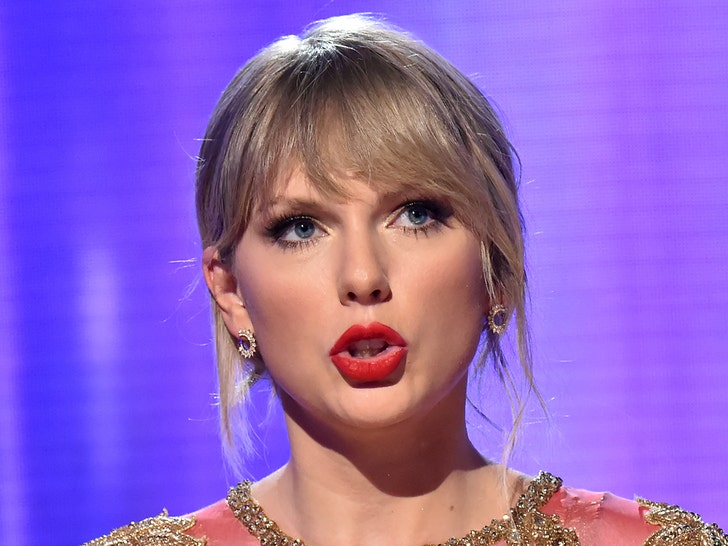 Taylor Swift is getting torn up after everyone learned her private jet has been getting used A LOT, but one fan tried deflecting the outrage … by posting an apparent false claim.

A self-described Swiftie threw up a couple tweets Friday that got a ton of traction online … this as the backlash against TayTay continues to mount amid news that her jet has been dumping CO2 emissions all over the place for several months now … just the latest celeb to be called out for what many label a massive carbon footprint being left on the environment. 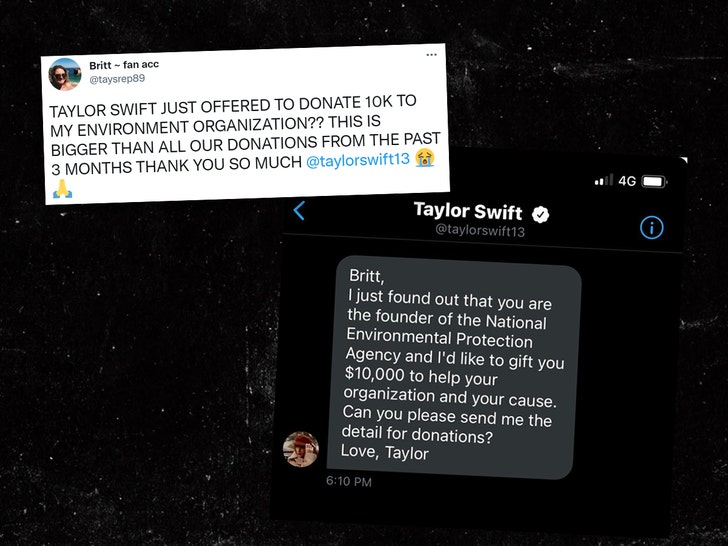 The woman — who goes by Britt, with the handle @taysrep89, and devotes a majority of her feed to singing TS’s praises — wrote, “TAYLOR SWIFT JUST OFFERED TO DONATE 10K TO MY ENVIRONMENT ORGANIZATION?? THIS IS BIGGER THAN ALL OUR DONATIONS FROM THE PAST 3 MONTHS THANK YOU SO MUCH @taylorswift13.”

BTW, Britt claims she’s the head of an environmental charity of some sort called the National Environmental Protection Agency — which, as far as we can tell, doesn’t exist. The EPA sure does, but there aren’t a lot of legitimate hits with the word “National” at the front. 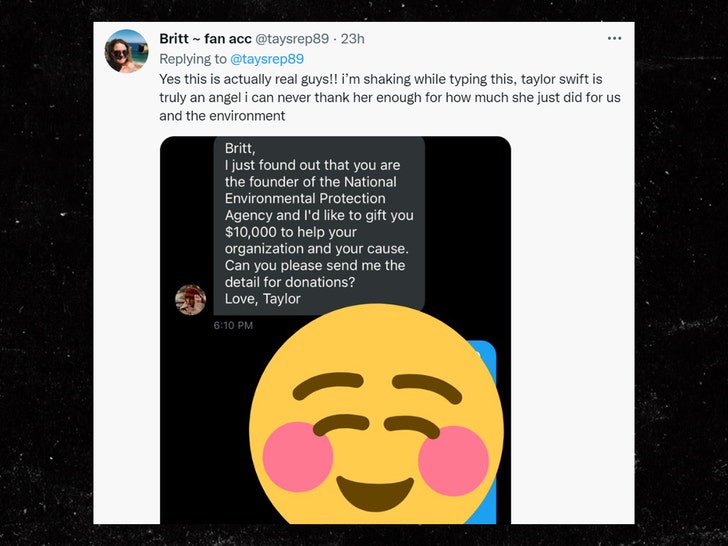 In any case, the woman doubled down on her claim that Taylor had sent her/her supposed org $10,000 … not just showing a screenshot of what appears to be a DM from the singer … but going on to post more interactions that seemingly show the convo continuing.

This gal said, yes, this is real … but her tweets since suggest the whole thing’s a hoax. Tweets she posted Saturday allude to some sort of lie, and how she can’t be held accountable. And, if you dig through her replies, you’ll see people acting shocked to learn this was all a prank … with this woman apparently confirming that, albeit sorta cryptically. 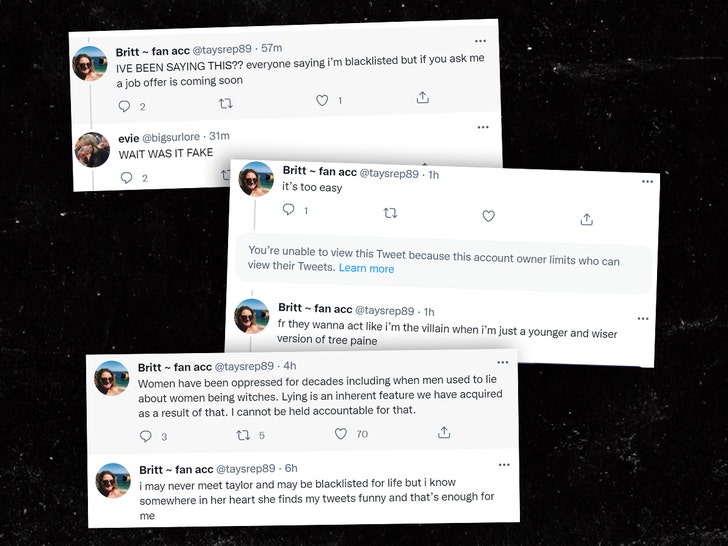 If you look at her responses and tweets from today, you’ll see she apparently doesn’t mind if folks are calling her out for putting forth a false narrative about Taylor … because this fan thinks she’s actually doing Taylor a huge favor by playing crisis PR manager on her behalf.

Of course, Taylor herself has remained relatively silent on this issue — although her rep did tell us this week her jet is loaned out to others … so not all of its use is directly on her.