The End of Iran Deal Politics?

As President Biden arrives hat-in-hand in Saudi Arabia—and American electoral warfare looms—it would seem the end of an era in foreign-policy debate. 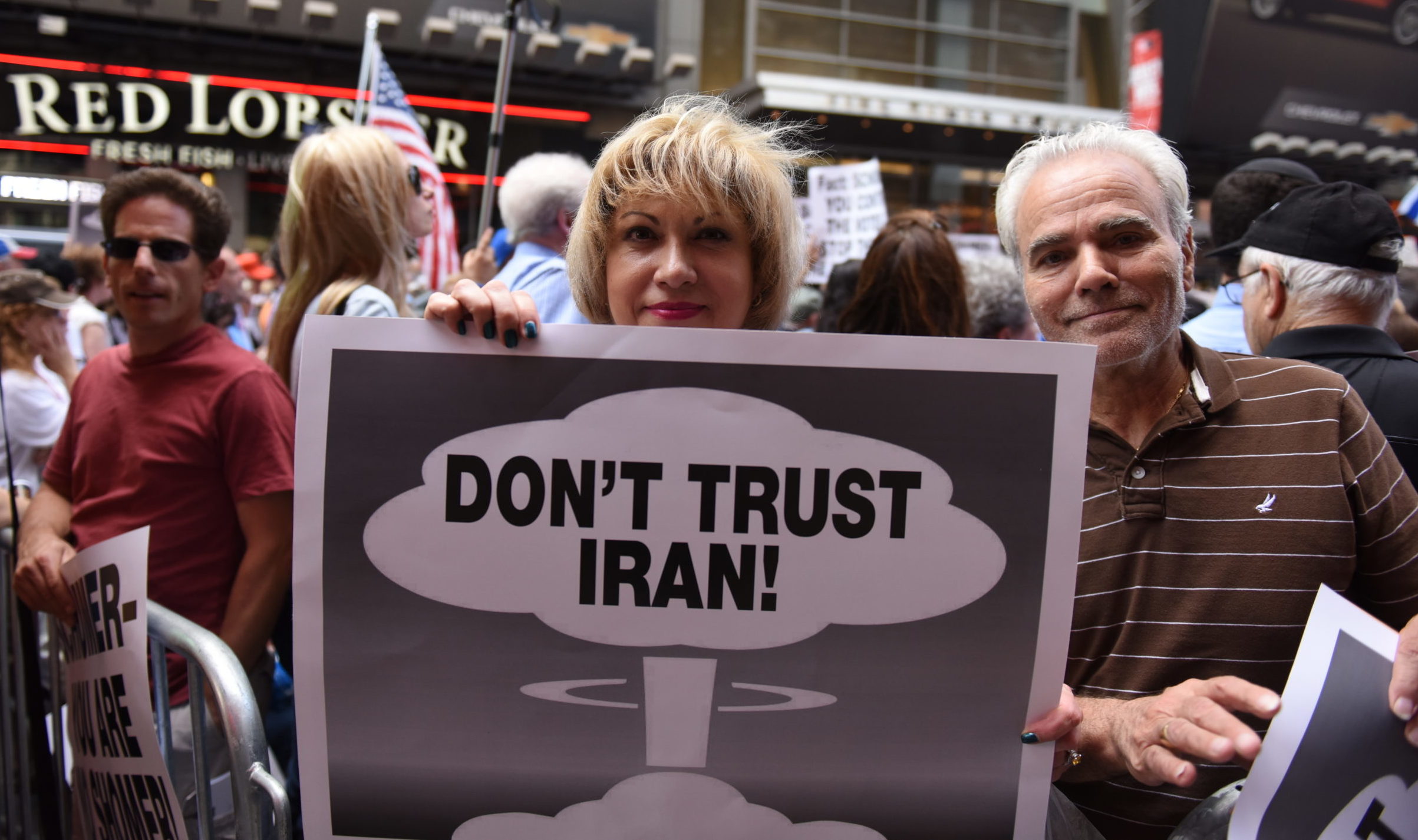 More people have surely passed by this posh furniture on Melrose Avenue presumably owned by some long-lost cousin of “the Shadow Commander” (I kid) than have any sort of memory of the Iranian general Donald Trump killed in Iraq two-and-a-half years ago. That was admittedly before the world really went to hell. But it’s still clear enough: Americans don’t care about the Iran deal. And those who do care want it killed.

They are going to get their way.

As evidenced by President Biden’s degrading summer sojourn to Saudi Arabia over the weekend—nothing like Jeddah in July—the initial consensus (when else has that happened?) on this presidency was all wrong. Biden is staffed in the inner orbit with Obama-era retreads intent on salvaging the legacy of their old president as not-a-failed president (good luck with that). On the Iran file, this includes chief negotiator Rob Malley, deputy Secretary of State Wendy Sherman (“the biggest appeaser in government,” complains a former senior Trump national-security official), and others. John Kerry has a West Wing office, but his logorrheic negotiating skills have been dispatched to the future of the planet, not the JCPOA.

Peer further into the Biden sanctum and come across hardened, if lugubrious, pragmatists. National Security Advisor Jake Sullivan. Secretary of State Antony Blinken. The coterie of boomer politicos (largely hidden from public view)—most famously, the president’s benighted chief of staff Ron Klain, but also (Bill) Clintonista-style Democrats such Steve Ricchetti and Bruce Reed. These are “the Cardinals,” as dubbed by James Carden in Asia Times. Add in Klain’s potential successor Anita Dunn, and these men and women know what negotiating the 2015 Iran Deal cost Barack Obama.

Furthermore, they know what exiting Afghanistan in 2021 cost Joe Biden.

The Afghanistan adieu was a rare flash of passion and independence from Biden, and it lasted maybe three days. There were two major speeches, one conducted opulently in the White House Treaty Room, that might go down in history. But that the Afghanistan debacle last August ushered in a farrago of following events—a COVID double (triple?) dip, the supply-chain crisis, inflation, global fuel and even food shortages—that may well make Biden go down as history in short order is not lost on any minor-league Machiavelli.

That Biden is now, sort of comic-absurdly considering the cultural and institutional forces arrayed against him from the beginning, less popular than Donald Trump ever was, weighs down on the White House. Like the prospect of an Iranian nuclear weapon vexes Jerusalem.

That what now inescapably looks like a failed presidency was responsible for extracting America from Afghanistan in such disorder has disquieting implications for advocates of restraint. It has set back the cause. The immediate casualty is the Iran deal.

Israel will hold fresh elections in November that may augur the ultimate comeback of Benjamin Netanyahu. Saudi Arabia’s Mohammed bin Salman is in from the cold. The deck is stacked in the Middle East.

The warnings from leftist writers like Chris Hedges, the former New York Times Middle East bureau chief, that something approximating war with Iran may be coming, look kind of panicked. But so once did warnings from Hedges that war in Iraq would be a fiasco, a Savonarola-style intonement against power that precipitated the man’s ouster at the Gray Lady.

In previous runs of this show, advocates against a “war” had allies on the right. They may again, but I suspect they may be ghettoized. Thirty months ago, this writer appeared on a famous program on cable news and argued the knockout of Soleimani could precipitate “a Franz Ferdinand moment”—that is, the axing of the Austrian archduke that once kicked off “the guns of August.”

But less than a half-year later, the killing of another man, here in America, set off a siege from the Potomac to the San Francisco Bay. Suddenly, the Persian Gulf seemed quite far away. Suddenly, it was clear Tom Cotton, who wanted to establish justice and end the riots, was in the right, and not the nihilists of the left wing. Cotton is a vociferous Iran hawk. These politics came from the same man.

There were other signs the Iran hawks were ascending. Israel had quietly become one of the most important Western countries that didn’t hate itself. Meanwhile, left-wing blogs I used to enjoy, take “Mondoweiss,” for instance, (its critics overreach when they brand it “anti-Semitic,” but that’s not why you shouldn’t read it) now appear as dedicated to the baleful “Black Lives Matter” movement as it was to the incompetent and pointless Palestinian “cause.” Strikingly, that cause’s longtime backers in the region have not-so-quietly abandoned it.

In more ways than one, the wars have simply come home.