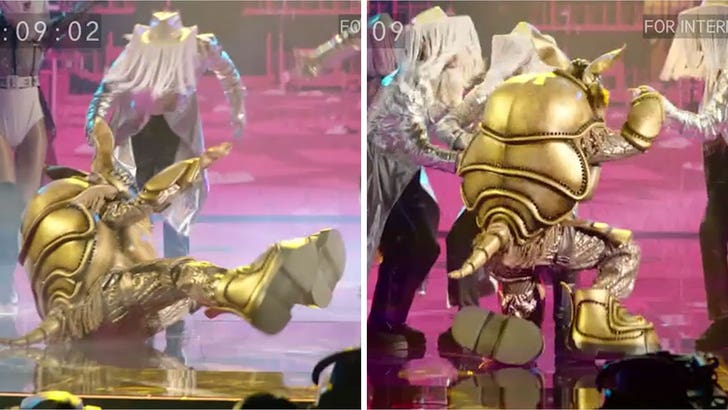 ‘Masked singer’ costumes are expensive. One contestant was lucky that theirs wasn’t damaged beyond repair following a high kick failure that led to a very serious fall… all caught on camera.

This footage was taken of the Armadillo as they were filming their televised routine. The celeb went wild with their choreography, flexibility, and attempted a kicking maneuver… but it didn’t work out.

While the spill might make you laugh, we were told that people on set panicked immediately for a couple of reasons. First, Armadillo fell flat on their backs, and backup dancers had to break routine to help. Everyone was concerned for the celeb’s health.

The other reason is damage to the expensive costume. Producers are concerned that the costume could be damaged because it wasn’t made to withstand this type of abuse. 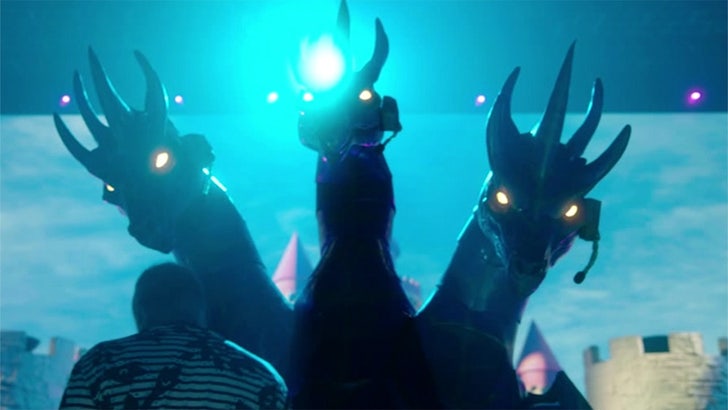 As we reported, this season had its fair share of costume problems… with some taking tumbles while others were unable to enter or exit the stage.

We recently found out that the Hydra — a towering 3-headed costume that blows smoke — has become a major safety concern, requiring extra crew just to get them on set.

Although it might not seem like much, the Armadillo’s high kicks can be difficult to perform with or without a restrictive costume. The mystery performer’s confidence in their athleticism/flexibility might be a valuable clue.

According to what we have been told, Armadillo did not sustain any serious injuries and the routine will air on the show. It remains to see if Armadillo survives elimination.