Ticketmaster
Clears Up Swift Concert Chaos …
Hang In There!!! 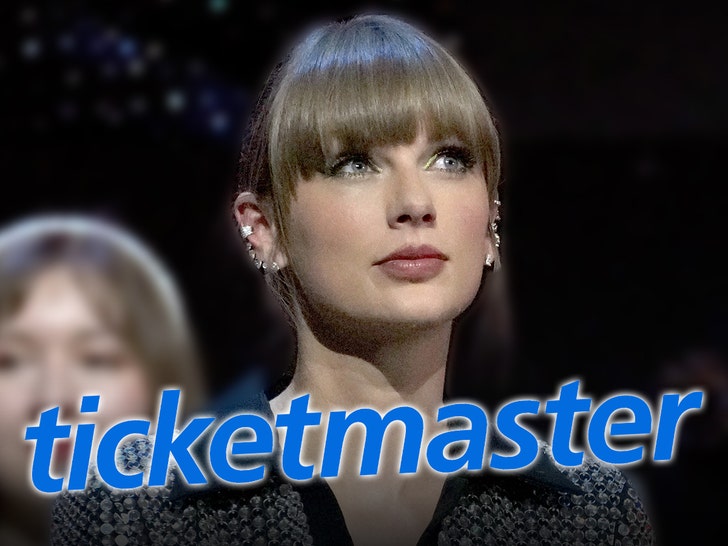 Ticketmaster is in shambles over fans trying to snag Taylor Swift tickets — and the company’s message to frustrated customers is … bear with us!

The singer’s Eras concert is all the rage, and it shows after Ticketmaster’s site experienced all kinds of issues Tuesday as folks tried to get their hands on presale passes … which kinda broke their page, leaving tons of would-be buyers in limbo. 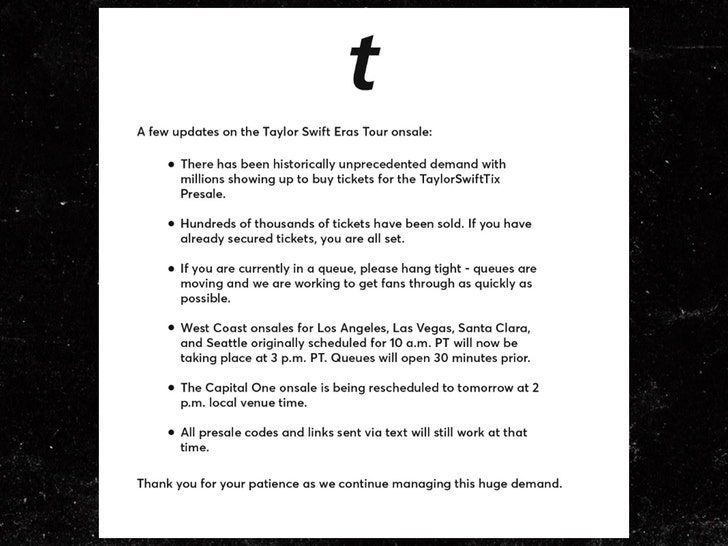 Swifties were up in arms, and Ticketmaster heard all the outrage … because they issued a statement to calm the waters. Right off the bat, they note there’s unprecedented demand for tickets and those who are still in the queue to buy should remain there to the end.

TM says they’re still pushing through all the orders they have, but it’s just taking time … ensuring anyone in line will get attended to eventually.

Those on the West Coast, however — who had their own window today to snatch up tickets at 10 AM PT — were bumped out to later in the day … 3 PM PT. There’s also another sale window through Capital One that’s being rescheduled entirely … for tomorrow at 2 PM.

Despite all the chaos, Ticketmaster says all presale codes sent out will still work, even now.