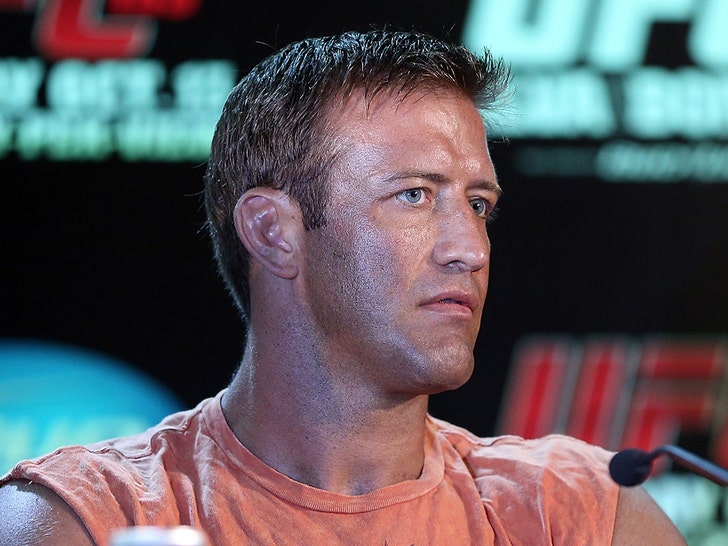 Stephan Bonnar — a UFC Hall of Famer and legend in MMA — has died … this according to the MMA promotion itself.

The UFC reported the news Saturday. They wrote: “The UFC family is saddened to learn that Stephan Bonnar, a UFC Hall of Famer, died Thursday due to presumed heart complications while working.” According to reports, he died a few days ago. An official cause of death has not been determined.

UFC continues to mention SB’s long and distinguished career, adding that… “Stephan Bonnar is one of the most important fighters ever to compete in the Octagon,” stated Dana White, UFC President. “His fight against Forrest Griffin changed the sport forever and he will always be remembered. His fans loved him, he was a friend and always gave his best. He will be greatly missed. “

Bonnar was an OG in UFC … competing in the very first season of ‘The Ultimate Fighter’ back in 2005 … an appearance which saw him go all the way to the finale. Although he lost his Light Heavyweight fight against Forrest Griffin … his bout ended up earning him a contract with UFC, where he went on to compete at a high level for several years.

He fought Griffin again in an rematch and then went on to fight many big names in the sport, including Jon Jones, Mark Coleman and Krzysztof Szynski, Igor Pokrajac and Kyle Kingsbury. His record with UFC was 15-9-0 … and in 2012, he retired. The following year, Dana White announced Bonnar would be inducted into the HOF.

Bonnar was also a professional wrestler, including for leagues such as Impact Wrestling. Bellator MMA was also his fight partner after the UFC.

Bonnar’s legacy will be that he was one of the catalysts to help UFC grow into what it is today … and he goes down as one of the sport’s greatest known fighters to date. His wife Andrea and their son Griffin are his survivors. He was 45.