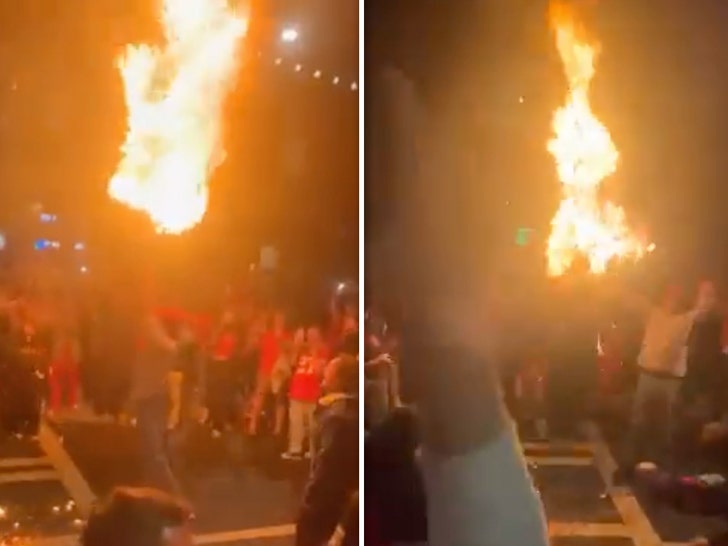 The national championship game might have been a snoozer, but the party in Athens afterward certainly wasn’t … as UGA fans swarmed streets, climbed light poles and set fires in roadways to celebrate the big win over TCU!!

Thousands of people clad in black and red hit the streets near the Univ. of Georgia campus on Monday night to party after the Bulldogs whooped the Horned Frogs, 65-7, in Los Angeles … and they created quite the scene.

Georgia fans may burn Athens to the ground pic.twitter.com/VG7QUJYP6a

Videos shot by people in the area showed there was standing room only on the roads … and, at one point, someone set a massive blaze in a crosswalk for fans to play with.

You can see in footage from the scene, UGA fans gleefully jumped over the fire — before one actually picked up the flames and held them over his head.

Elsewhere in the city, students and Dawgs supporters were seen climbing to the top of street lights, as hundreds cheered them on and chanted.

A spokesperson for the Athens-Clarke County Police Department tells TMZ sports … there were “several arrests” made — however, cops did not receive reports of property damage to cars, street signs or public art.

Meanwhile, back in L.A., UGA’s players celebrated the big W at SoFi Stadium by smoking cigars on the field with none other than Quavo!

To the victor go the spoils, indeed.