Viola Davis
Critics for My Michelle Duck Face
… You Can Go Straight to Hell! 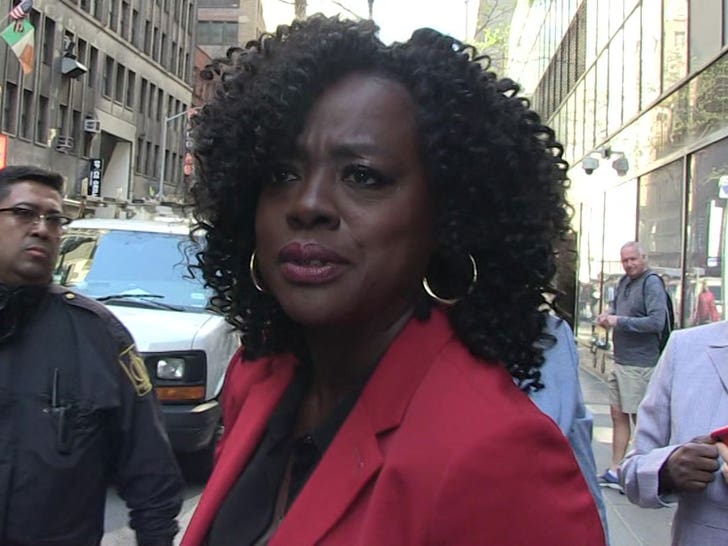 Viola Davis has heard all the criticism leveled at her over her portrayal of Michelle Obama — as it pertains to her lip choices, that is — and her response is … screw the haters.

The Oscar-winning actress came out swinging against her critics in a new interview with the BBC, which asked her about the jokes and ridicule she was enduring a couple weeks ago amid the premiere of her new Showtime series, ‘The First Lady. ‘

VD claims that these amateur commentators serve no other purpose than to be cruel. She noted that she found the number of comments to be “incredibly hurtful.” “

Viola admits that criticism is an occupational hazard and even seems to admit that her MO acting may not be her best work… but she insists that she had to take big swings and stands by what her camera captured.

It’s evident that Viola was mocked by some people and she is now bitter. She says, “Critics absolutely do not serve any purpose.” I don’t mean to be rude, but that is what I am saying. “

She added, “They always feel that they’re telling your something that you don’t know.” You feel like you’re living a lie-filled life. I’m going to tell you the truth. It gives them the opportunity to be cruel. “

Viola says that Michelle was almost impossible to do justice to, because some might have felt she was doing too much or too little to make it right. In this instance, it’s the latter.

Viola claims she doesn’t know what the former First Lady thinks about how she did it. She also notes that she hasn’t had any contact with Mrs. Obama. Viola previously stated that she did a lot research and wanted MO to be proud of her… so it is clear she did her best.

As we reported, folks made a big deal about her pursed lips … arguing it was overexaggerated/distracting. Professional critics have not been impressed with ‘The First Lady’.

It doesn’t sound like Viola is giving a rip here, but she’s quite defiant.